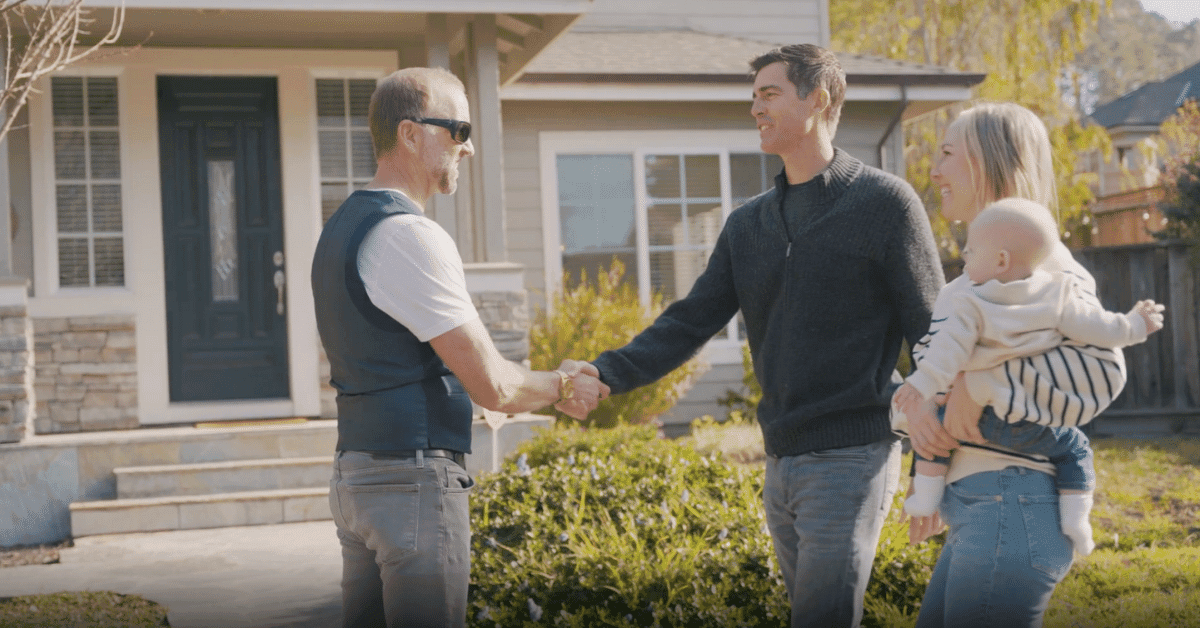 Last year, we were second in listings out of over 200 agents on the coast... Without Addressable, we wouldn't be in the top 20." — Mathew Haugen, co-founder of The Haugen Group

About The Haugen Group

After building an advertising tech startup in Silicon Valley, Mathew Haugen pivoted to pursue a lifelong passion for real estate. A few years into his transition, he then started his own brokerage, The Haugen Group at Element Real Estate, which serves markets around Half Moon Bay, California.

Initially, Haugen experienced a strong start in real estate. Deals were lining up. Over time, though, he realized he was lacking consistency in his deal flow.

Haugen needed a way to reliably line up his next deal, and the one after that. “There was a cycle that I went through where I would get a couple of deals, and then have a little bit of a lull,” said Haugen.

Because of his background in digital advertising, Haugen was skeptical of direct mail campaigns for lead generation. Then, one of his clients received a handwritten note in the mail from a competitor, and it made a positive impression on the homeowner.

Haugen began due diligence on handwriting companies, and Addressable stood out. Beyond the handwriting tech, their end-to-end automated solution is designed to help agents get more listing appointments.

“We decided to test a consistent cadence [of Addressable mail] in order to generate results over time. Lo and behold, we started talking to sellers and generating conversations,” said Haugen.

In 2021, The Haugen Group sold over $58M. Out of 41 transactions, 8 listings were attributed to Addressable, generating a total of $13 million in sales revenue.

The partnership with Addressable has delivered two key benefits to The Haugen Group:

Haugen says that Addressable has been a great way to build their brand. His team is getting in front of community homeowners in a thoughtful, helpful way. The Haugen Group is making valuable connections and leaving a lasting good impression.

What’s next? The Haugen Group intends to expand its campaigns with Addressable. Now that lead generation is humming, they’re implementing nurture campaigns to stay in touch, and top of mind, with previous clients.

Ready to get started?

Do people really think these are real?

Yes! In a 3rd party blind study, participants were presented several cards. Some messages were written by our robots, some by humans. Participants were unable to identify which handwriting was done by a robot.

How does Addressable work?

With our proprietary technology, an actual ballpoint pen is pressed to heavy card stock using a realistic human font. Our end-to-end process is carefully designed so that there are no marketing “tells or tip-offs.” Each homeowner who receives a card will believe you took the time to write it.

Can I test a small number?

We’ve learned through testing that the minimum sweet spot for generating listing leads is 1,000 cards. Less than that won’t deliver the results you want . Our goal is to set you up for success and demonstrate clear value with every dollar you spend on handwritten cards.

Most of our agents have the option to use brokerage postcards for free or low cost. Agents choose to use handwritten cards because we get them listing leads. Brokers want their logo going out—it’s a branding play. In reality, they don’t really help your business. Postcards focus on the brokerage. Handwritten cards focus on building rapport with the homeowner and how you can be of service. Postcards often don’t make it in the door. They typically go directly into the homeowner’s recycle bin. Postcards are mailed in bulk. The USPS discards undeliverable postcards. They kind of go into the void. And you don’t get confirmation when they actually drop in the mail. Postcards are visually overwhelming. There’s no clear message why someone should pick up the phone and call you.

How do you differentiate from other handwriting companies?

Addressable provides an end-to-end solution. When we produce a handwritten mail campaign for you, our goal is to generate listing leads for you. We help you stand out—and differentiate yourself—in a competitive market. Our experts craft the message, target the right homeowners, and track your results.

Can you tell me all the agents you work with?

Nearly every individual agent or team we work with does has $20+ million in production, and they're very private about their marketing programs. They consider Addressable part of their secret sauce. Check out our top clients that have found success with us.

Can other agents mail to my area?

Nope! No other agent can market in your territory.